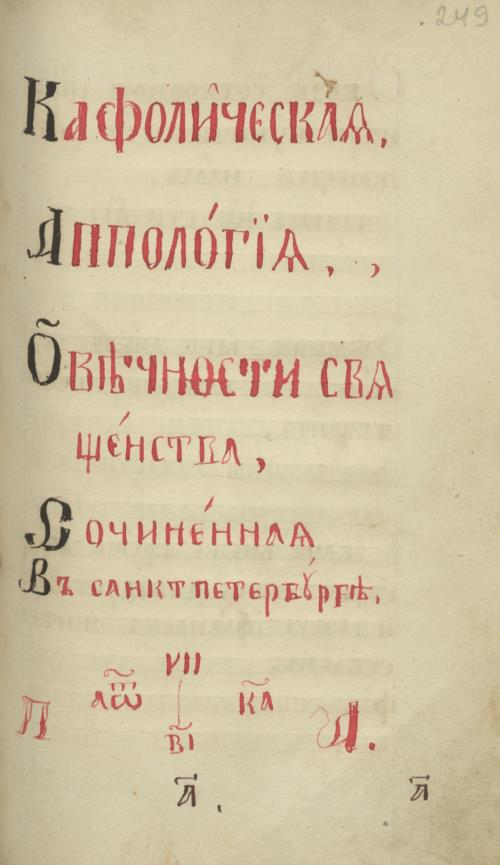 Pavel Lyubopytny (Svetozarov Pavel Lvovich; 1772 - 1848), leader of the Pomor Old Believers, writer, bibliographer. In the 1790s, his passion for writing was revealed, in connection with which he changed his family name to Lyubopytny ( Engl. Curious). At the beginning of the 19th century, Pavel Lyubopytny took an active position in the defense of an marriage that was performed in a church according to a special order without the participation of a priest, but with the consent of parents and with the blessing of spiritual father. It was practiced in the Moninsk prayer house. In 1803 he drew up “The Marriage Charter of the Orthodox Old Believers”. He left behind about 100 polemical works, messages, speeches, poems. However, by the beginning of the 21st century only about 10 of his works are known in manuscripts.

Body of the book state of preservation

Additional information about the copy